This is a Mad Hatter inspired look, which is the last look in the Alice in Wonderland series. 🙂 I love Johnny Depp’s character in the Tim Burton movie and tried to capture his “mad” behavior in a makeup look. My eyes aren’t matching and lots of glitter helps on the pretty crazyness! ;D I hope you like the look! 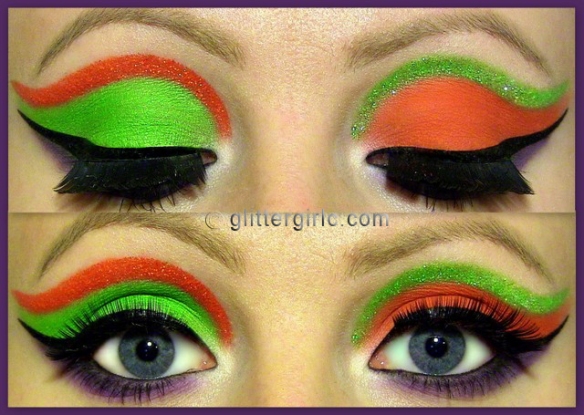 The Sigma- and Sugarpill links are affiliate links.

I hope you enjoyed the look and the video! 🙂

17 thoughts on “Alice in Wonderland series: The Mad Hatter!”