Hi beauties! ❤ Halloween is approaching fast now and I know I’ve done the Alice in Wonderland looks, which are great for that day, but I thought I’d do an other look for Halloween too! ;D I’m doing a Barbie inspired look. ^-^

I realise now that I should have done some dark, scary looks as well and I really don’t know why I haven’t done that! 😛 But I’ve gotten lots of Halloween suggestions from you guys, only during these first two days of my glitter giveaway and now I have lots of ideas for next year! ;D (I wish it could be one more month until Halloween though, so I could do them all now 😛 )

Anyway, I hope you enjoy this look and tutorial! 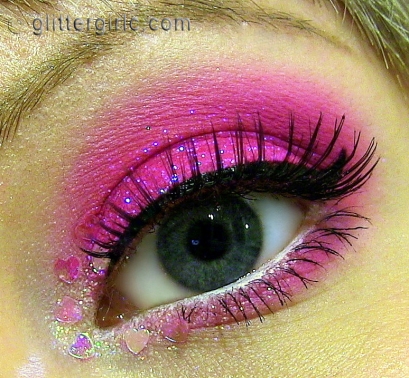 Here is the link to my glitter giveaway: http://youtu.be/I_byVzVMvwo

Makeup used in this look, is from Sugarpill and TheNailDazzle. 🙂

The brushes are from Sigma and Makeup Mekka. 🙂

Have a great day!